The Alps are split into six different regions: The Swiss Alps, The French Alps, the Austrian Alps, the Italian Alps, Bavarian Alps, and the Julian Alps.

The Aletsch Glacier with its 23 km length and 900 m depth is now a UNESCO World Heritage site.

The Alps are home to some of the largest and most well-known ski areas in the world.

Facts About the European Alps 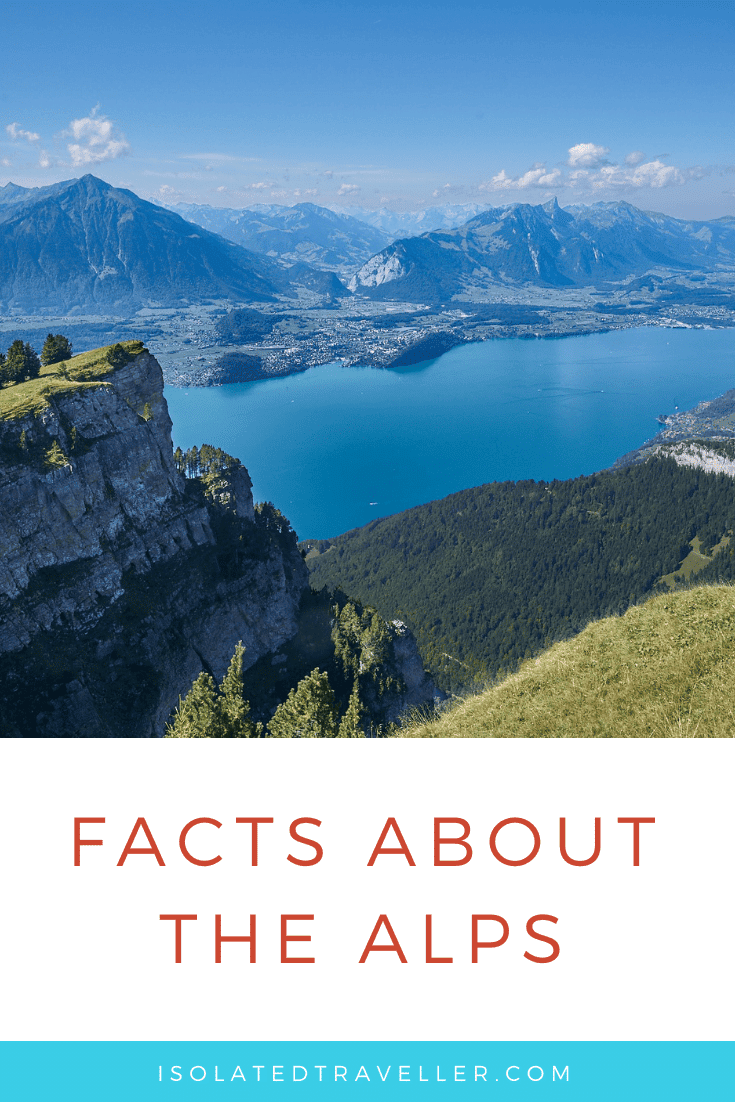