The Alcazaba of Malaga is a historic palace and fortress built in the eleventh and fourteenth centuries by the Hummudid Dynasty and served as Moorish rulers living quarters, without a doubt the location of the fortress has the most beautiful view of Malaga as well as a great strategic location during the Roman, Moorish and medieval century.

The arch of Christ is one of the most notable sights of the Alcazaba, they are called that because for a number of years they served as a chapel and the Parade Ground which was converted into an Arabic style garden. you can also find three courtyards as well as the Palace and an arch hallway which leads to one of the sixteenth-century towers and the Maldonado tower. The Alcazaba had 2.11 miles of buildings that were used for civilian use and 2.17 miles that was used for military purposes.

Brief History of Alcazaba of Malaga

The Alcazaba of Malaga was built on the ruins of a Roman Fortification during the reign of Abd-al-Rahman I, who was the first Emir of Cordoba, ruled between 756-780AD, the Alcazaba was originally used as a defensive fortress against pirates, due to its location overseeing the city down to the sea and across Africa.

The fortress was rebuilt by the Sultan of Granada, Badis Al-Ziri from 1057-1063AD, the walls were fortified which lead to connecting the Alcazaba to the neighbouring Castillo de Gibralfaro, over the Coracha ridge, were built in the 14th century by the Nasrid ruler Yusuf I, most of the inner palace was also refurbished, making it in to a Palace, it was used as a home to a number of Moorish Rulers.

The Alcazaba was left to decay for a number of centuries and only until 1933 when restoration work began, to this day the restoration is still in progress only two of its original three walls remain and three palaces as well as over 100 towers.

1st of April to 31st October

1st of November to 31st of March

Closed on 1st of January, 28th of February and 25th of December.

Explore the city of Malaga 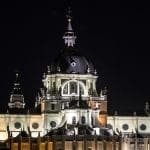 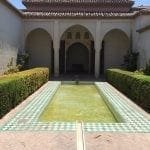