Alhambra means the red or crimson castle from the Arabic root, this is because of the towers and walls that surround the entire hill of La Sabica, built as a small fortress in 889 AD however the fortress was abandoned until its ruins were rebuilt in the thirteenth century by emir Mohammed ben Al-Ahmar, who was the Emirate of Granada.

Emir Mohammed ben Al-Ahmar, founder of the Naṣrid dynasty, started to reinforce and build the watch tower and the keep, Water was converted from the river Darror into the castle area, warehouses and deposits were built. Emir Mohammed ben Al-Ahmar successor his son Muhammed II between 1273 to 1302,  started to build the ramparts and the palace and later taken over by Mohammed lll in 1302 to 1309, who completed the works but also built a public baths area and a Mosque.

In 1333, It was converted in to a royal palace by Yusuf the first, the sultan of Granada, later the christian re-conquest took over the site and made it into the Royal Court of Ferdinand and Isabella in 1492. Number of structures were built such as Military Garrisons, a Church and a Franciscan Monastery. This is the location were Christopher Columbus received royal endorsement for his expeditions around the world.

Charles l and V authorize a new Renaissance Palace which was fitting for the Holy Roman Emperor, in the revolutionary Mannerist style influenced by Humanist philosophy, however due to the Morisco rebellions in Granada, it was never completed.

During the French Domination of the fortress, it was brown up and was left in disrepair until the 19th century, it was restored to its glory dates and is still being maintained.

The Palace is surrounded by forests, orchards and gardens, its one of the most stunning and magical places to visit while exploring Granada.

The Alhambra has at least 1 mile of walls and thirty towers surrounding the palace, which all are different sizes that enclose the palace, there are four main gate entrances. The city within the Alhambra is split into three different areas, each with their own purpose: Residence, The Citadel and Medina, near the Puerta del Vino. The different parts are all connected together with paths for easy and quick access and gates separating the sections, encase of an attack, parts of the section can be blocked.

Within the Alhambra there are three stunning palaces: Comares Palace, the Palace of the Lions, and the Partal Palace.

The Alhambra became an UNESCO World Heritages site in 1984.

Please Note: Alhambra stated a comment about the demand of tickets for guided tours and the restriction of number of visitors per day, if you would like a guided tour of Alhambra, you need to book at least one month in advance. For more information regarding this issue checkout their monthly calendar. More Information.

For anyone who doesn’t like to plan their trips and buy tickets in advance, you might have to wake up early morning, at first light, they usually sell a few tickets at the main ticket gate or you can take your chance with luck, and hope a few cancellations happen for the next evening.

Evening visit to the Nasrid Palaces

Evening visit  to the Gardens

Visit the Gardens, the Alcazaba fortress and Generalife 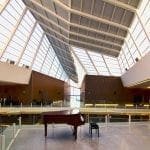 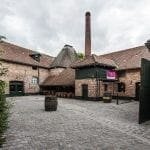