Turin is the capital city of Piedmont in northern Italy,  The Alps rise to the northwest of the city. Nearby is the soaring spire of the Mole Antonelliana, a 19th-century tower housing the interactive National Cinema Museum.The city has a population of 886,837 in the city proper. The urban area has 1.7 million inhabitants, while the metro area has an estimated population of 2.2 million

Other Interesting Facts, that you may enjoy: 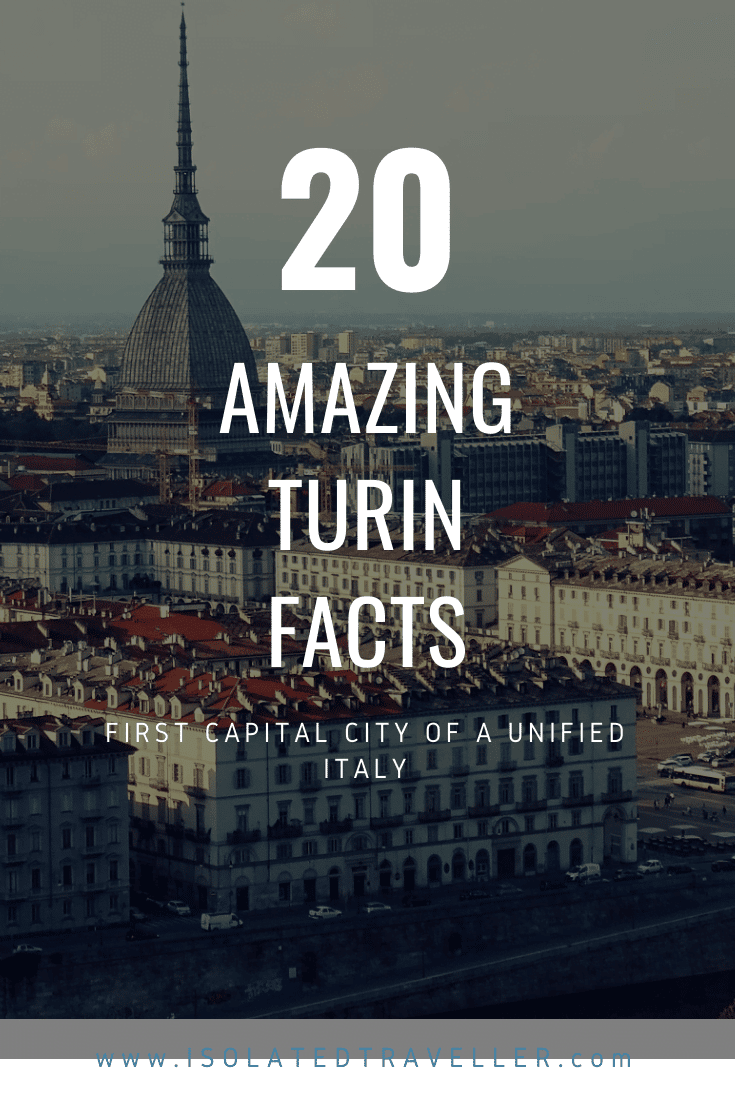