The Arch of San Lorenzo is situated in Jaén between the crossroads of Almendros Aguilar and Madre de Dios streets, it was once a part of the former Church of San Lorenzo, which was built between the 13th and 14th centuries. It was proclaimed as a Bien de Interés Cultural in 1877.

A group of  Giennenses who led a campaign against its demolition and in 1877 it was declared a national monument. In 1969 the restoration of the Dirección General de Bellas Artes began, architect Luis Berges Roldán was signed this project. 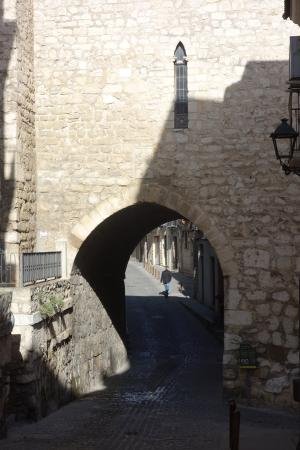