Best places to visit in inverness

Inverness is known as the highlands capital city, the city seats where the river Ness meets the Moray Firth, it’s becoming one of Europe’s fastest growing cities, due to over of a quarter of highlands population lives around or in the city, it’s also ranked the highest in quality of life of any Scottish city and fifth highest of all 189 British cities.

There are huge choices of things to do; anything from ancient castles, to the highland clouds, and even a fairly tail ‘Legend’ the Loch Ness Monster.

The present ruins date from the 13th to the 16th centuries, though built on the site of an early medieval fortification. Founded in the 13th century, Urquhart played a role in the Wars of Scottish Independence in the 14th century. It was subsequently held as a royal castle, and was raided on several occasions by the MacDonald Earls of Ross

Cawdor Castle is set amid gardens in the parish of Cawdor in Nairnshire, Scotland. The castle is built around a 15th-century tower house, with substantial additions in later centuries.

Inverness Castle sits on a cliff overlooking the River Ness, in Inverness, Scotland. The red sandstone structure evident today was built in 1836 by architect William Burn. It is built on the site of an 11th-century defensive structure

Castle Stuart is a restored tower house on the banks of the Moray Firth, about 6.5 miles (10 km) northeast of Inverness. The land the castle was built on was granted to James Stewart, 1st Earl of Moray by his half-sister, Mary, Queen of Scots, following her return to Scotland in 1561.

The original Z-plan castle was built in 1567 by Clan Brodie but destroyed by fire in 1645 by Lewis Gordon of Clan Gordon, the 3rd Marquess of Huntly. It was greatly expanded in 1824 by the architect William Burn who turned it into a large mansion house in the Scots Baronial style.

Ship Space is an interactive maritime museum in Inverness, Scotland. The museum is situated along the historic Caledonian Canal at the Muirtown Basin. The 1:10 scale Titanic model is one of the main attractions.

Inverness Museum and Art Gallery is a museum and gallery on Castle Wynd, in Inverness in the Highlands of Scotland. Admission is free. The collection and facilities are managed by High Life Highland on behalf of Highland Council.

discover for yourself the craftsmanship and expertise that goes into the making of each and every kilt – from the cutting of the cloth, to the pleating and stitching.

The museum’s main building houses the reception and shop. Here you also find a number of models, plus life size figures in flying gear, ejector seats, the odd jet engine, and a series of displays. These include information about what started life as RAF Dalcross and its evolution into Inverness Airport.

The Highland Archive Centre is responsible for collecting, preserving, and making accessible archives relating to the history of the Highlands. The archive collections date from the 14th century to the present day.

Plodda Falls is a waterfall, situated 5 km south-west of the village of Tomich, near Glen Affric, in the Highlands of Scotland.

A walk along the Caledonian Canal gives you the opportunity to experience all Scotland has to offer.

The ‘Clootie’ Well, Munlochy, Black Isle a healing well at Munlochy was dedicated to St Boniface (or Curidan). There is said to have once been a chapel on the site. In Scots, a “clootie” or “cloot” is a strip of cloth or rag. Clootie wells are wells or springs, almost always with a tree growing beside them, with an assortment of garments or rags left, often tied to the branches of the trees surrounding the well.

The South Loch Ness Trail opened in August 2011 and stretches out to 28 miles, between the Loch Tarff to Torbrech.

The Moray Dolphins are most often seen at Chanonry Point. It is considered by many to be the best place to see and watch the Moray Firth Dolphins, if you ever wanted to see the Dolphins, this is the place to be.

Site of bloody last battle of Jacobite Rising, with visitor center and interactive exhibition, experience the battle as never before.

Eden Court Theatre is a large theatre, cinema and arts venue situated in Inverness, located close to the banks of the River Ness.

Experience the fantastic scenery of the Highlands from the air and experience flying an aircraft yourself with professional tuition. 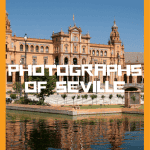 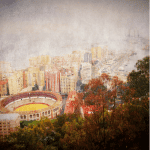