The Cawdor Castle is situated on the east bank of the steep sided valley of the Allt Dearg, just about five smiles south of Nairn. The castle was built around the 15th century, as a tower house throughout the centuries additional parts were added. The castle is listed as Category A building.

The Cawdor Castle Gardens are beautiful gardens that were built in different centuries, Which includes the Walled Garden, originally planted in the 17th century, the Flower garden planted in the 18th century, was originally designed for enjoyment in late summer and autumn and the Wild Gardens, which was added in the 1960’s, the castle grounds also includes a woodland area which has over 100 species of Lichen, lies between the Castle and the stream of the Cawdor Burn, Within the castle grounds, you can find a 9 hole golf course. There are two more gardens, the Tibertan and Traditional Scottish vegetable Gardens, can be found near the summer home, Auchindoune House, its just an half an hour walk through the Cawdor Big Wood.

The are 5 varying nature trails range in length from 3 quarters of a mile to 5 miles, each offering differing experiences of the grounds and gardens, with differing but equally splendid views to be had en route. You can also go Salmon Fishing on the River Findhorn if of course you have the proper licensing.

Visitors can also visit the gift shop, a wool and bookshop as well as enjoy a wonderful meal at the castle restaurant, you can access the restaurant via the south courtyard and a snack bar can be located near the car park.

One unique feature of the castle is the fact it was built around a small loving holly tree, which tradition says that a donkey, laden with gold, layed down to rest under the tree, you can date the remains of the tree death to around 1372.

In 1680’s Sir Alexander Campbell, who was the son of Sir Hugh, married Elizabeth Lort of Stackpole court, they both moved lived on the estate and later built a walled flower garden in 1720 and later adding a woodland area in the 18th century.

In the 20th century John Campbell, 5th Earl Cawdor, moved permanently to Cawdor and was succeeded by the 6th Earl, whose second spouse, the Dowager Countess Angelika, lives there still.

In 2001 it was reported that the Countess had prevented her stepson from sowing genetically modified rapeseed on the Cawdor estate, and in 2002 the Countess took the Earl to court after he moved into the castle while she was away.

Note: Opening Hours depending on each month, for more information visit the official website 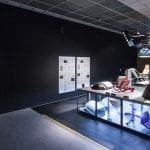 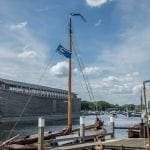