You can’t miss this castle, its located on top of mount Benacantil, in the center of Alicante, this santa Barbara castle is a popular tourist attractions.

How to get there and parking areas: You can enter the Castle by foot, car and bus.

There’s a road which gives you access to the castle, its an extension of the street Alfonso El Sabio.

If you trying to get to the castle by foot, best way would be getting a lift, which is in front of the postiguet beach, Av. Juan Bautista Lafora, through the walls, access from Lieutenant Daoiz and through the Ereta Park.

this stunning building is used for Concerts & Shows, it’s a theater with marble staircases, chandeliers and large cleverly positioned mirrors. really give it that unique look.

How to get there and parking areas:

Located on the Plaza Ruperto Chapí, it can be reached by bus, foot and car, its located right in the city, once you reach the city, you can pretty much get there within 5 to 15 minutes walk.

If you planning to drive, you can park anywhere around the area, few streets offer parking bays, just have to find one.

Usual opening hours can depend however, usual hours our: between 10:00 am–2:00 pm

The Alicante city hall or as known as Ayuntamiento de Alicante, is a building that has two high towers, 165 foot, standing at each end of the building, which overlooks the square, you can also find a large clock in one of the towers, which counts down the clock in the new year, so the people of Alicante know.

You can find different rooms in the building which sure you the interesting work done by Amoros, Padilla, Cabrera and Gaston Castello.

During the war of Spanish Succession, in the seventeenth Century, the French almost destroyed the building however over the next 70 years, the building was slowly rebuild, thanks to the people.

The Mercado Central Market is was designed by Francisco Guardia and Alejandro Soler in 1914, its around 8,000 square meters, styled in Valencian Style, it has a lot of colours, ceramics and mosaics.

The bullring is an area where the bullfighting is performed, The Plaza de toros was built in 1848 by architect Emilio Jover.

The Bull are usually weigh between 450 kg to 520 kg, the gate where the bull comes out into the ring will displace the bulls weight, what ranch the bull is from.

The MACA Museum is located in the cities oldest surviving civil building,the building dates back to the 1685, in old town of Alicante, the building was designed as a cereals warehouse however was also used as a business school and then becoming a museum.

Collections of 20th century art and work of Eusebio Sempere was donated but also works of Chillida, Picasso, Dalí and Miró, among other artests can be found on display.

The interior of the citadel houses the Museo de la Ciudad de Alicante (MUSA), opened in 2011, which describes -the usage of multimedia generation- the beginning of the town via its archaeological remains, stables in caves, water nicely, torture room and lookout posts looking over the Mediterranean, and their have an impact on at the evolution of Alicante.

visitors can get right to entry to the citadel through a lift built within the rock-face contrary El Postiguet seaside.

You can also attain the fortress walking or by means of automobile along the road at the north face of Mount Benacantil, which starts offevolved in Calle Vázquez de Mella street.

Archaeological Museum of Alicante also known as MARQ is a museum created in 1932, offers it’s visitors a interesting and wonderful experience through out the historic journey, rooms that are dedicated to the history of Prehistory, Culture, Iberian, Middle ages and the Roman Culture.

The Canalejas Park is situated very close to the sea and the Explanada de España, this is one of Alicante’s most well-known and most visited parks, famous for its centenary ficus trees that cover the whole length of the park with shade.

Built in 2008 at the port of Alicante to house the Volvo Ocean Race. It stands out for being a walk in height, of 500 meters of length, that runs to almost five meters on the level of the sea.

The project belongs to the architect Florentino Regalado, and is characterized by a simple and functional design with concrete pavement that and for every 60 meters, it changes to wood, forming sections in which are created areas protected from the sun by a marquee inspired by the wings of the albatross.

From this walkway, you can see the entire maritime facade of Alicante, with spectacular views of the Marina, La Explanada, Santa Bárbara Castle, Postiguet, Serra Grossa and Cabo de Huertas.

Parque El Palmeral is on the outskirts of the city, the park is a palm tree plantation with waterfalls, picnic areas, flowerbeds, lakes and even children’s playground.

You can also find a biking area and a cafe place to rest and have a drink while enjoying the beautiful scenario.

The park is located on the Elche Road and in the Barrio de San Gabriel, it faces the Mediterranean Sea.

San Juan seashore is Alicante’s famous seaside, with sands stretching from the beaches at El Campello right via to the Cabo de las Huertas headland. it’s far an open seashore with very excellent first-rate sands positioned in a place with plenty of apartments, offerings and agencies. All along the beachfront there are all types of restaurants and beach bars, a number of which can be really at the beach itself.

You could reach the San Juan beach by way of taking the tram from Alicante. The tram runs from Alicante city Centre, in reality you can capture it from Playa del Postiguet and it stops proper through the beach. if you are using there are masses of parking spaces along the the front and if these are complete it’s far possible to find a space a short way from the seaside. If catching the bus you will want numbers 21 or 22.

Tabarca Island is a beautiful small island located in the Mediterranean sea, province of Alicante. It’s the smallest permanently inhabited islet in Spain and well known for it’s marine reserve.

How to get here: The boat trip to the Tabarca Island can be comfortably made from Alicante, Santa Pola, Guardamar and Benidorm.

This boat trip usually lasts one hour to get there.

However to visit the island, you need at least a full day to explore and see the wonderful things the island offers, from coves, beaches, visit the islands museum and explore the town, you can even try out their traditional dish ‘caldero’. 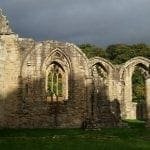 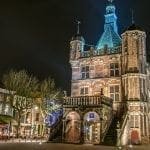