Edinburgh Castle is a historic fortress, positioned on the Castle Rock, and can be seen for miles and miles in any direction.

Since the reign of David I in the 12th Century, There has been a Royal Castle on the Castle Rock, The site continued to be a royal residence until 1633, During the 17th Century, it was mainly used as a military barracks with a large garrison.

Edinburgh Castle has been sieges around 26 times over it’s entire history and is known to be one of the most besieged place in United Kingdom and one of the most attacked in the world.

The oldest part of the castle is the St Margaret’s Chapel which dated back to the 12th Century. James IV Built the Great Hall around 1510, In the 16th Century the Half Moon Battery by Regent Morton and After the First world war the Scottish National War Memorial was established.

The Scottish Crown Jewels are located in Edinburgh Castle; the stone of destiny, the One O’Clock Gun and the 15th Century Gun Mons Meg.

The Castle has been kept in good shape over the centuries, Allowed access in the following areas:

The guided tours are provided by the castle stewards, in addition you can listen to the tours in eight different languages, which explain the history and architecture of the castle, Languages available:  English, German, Russian, Spanish, French, Italian, Mandarin and Japanese.

Edinburgh Castle is Scotland’s most popular paid for tourist attraction. 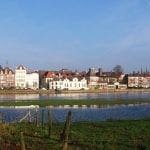 10 Facts You Might Not Know About DeventerDeventer, Europe, Netherlands 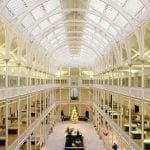