In our busy daily everyday life, we often forget where we have come from and how the past has moulded the towns and cities that we now live in and travel to.

The Trevi Fountain is situated in the trevi district in Rome, Italy, it was built in 1762 and designed by Italian architect Nicola Salvi and was completed by Giuseppe Pannini. Trevi Fountain is the largest Baroque Fountain in Rome and one of the most famous Fountains in the World.

Throughout the years the fountain received a number of refurbishments once in 1988 and again in 1998 to remove the discolouration caused by smog and high skilled artisans repaired stoneworks and cracks, the fountain was equipped with recirculating pumps.

Italian Fashion company Fendi announced that they would sponsor a project worth 2.2 million euros to restore the fountain. In June 2014 the project began and completed in November 2015. The Fountain reopened with an official ceremony on 3rd November 2015, part of the restoration project more than 100 LED lights were installed.

Every Year nearly 700,000 Euros worth of Coins is tossed into the Trevi Fountain and the proceeds are donated to a Catholic charity to help those in need.

Trevi Fountain is located at the heart of Rome, only 10 minutes walk from the Spanish Steps, The closest Metro stop is the Barberini or you could get off at the Spagna Metro Station and walk from the Piazza di Spagna.

Roma Termini train station is 11 minutes away from the Trevi Fountain by foot or from the train station you can get the metro to Barberini and from there its a three minute walk. 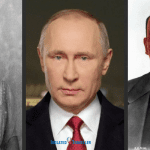