Exeter’s Underground Passages were medieval tunnels built to house led pipes which were used to supply Exeter with fresh water. These are the only passages of this kind open to the public in Britain.

The construction of the very first passage began in 1346, which was designed to bring water to Exeter’s Cathedral. Exeter was an ecclesiastical power at this time, so having fresh water became a luxury, which was mainly enjoyed by the clergy.

Number of entry points were created so the system can be maintained and what’s fascinating about this tunnels is the fact they were built by people, the engineering project must of been a big one, specially during the 1346.

After a while the Passages brought water to the rest of residents of Exeter, however only the rich had water piped to their homes and the rest of the population had to sure a fountain, which was known as the ‘The Great Conduit’, the structure was demolished in the 1700’s and was located in the junction of South and Cross Street.

In the 17th Century during the Civil War, parts of the tunnel passages were filled, so military can’t access the city via the tunnels, reopened after the war ended.

During the 1800’s the water system needed a full overhaul and new water systems were made and slowly Exeter was weaned itself off the natural well, and finally in 1901 it closed down.

In 1992 the Passages were reopened as a historical attraction, and now visitors from around the world can come and explore the tunnels, with guided tours and learn about the history of the passages. 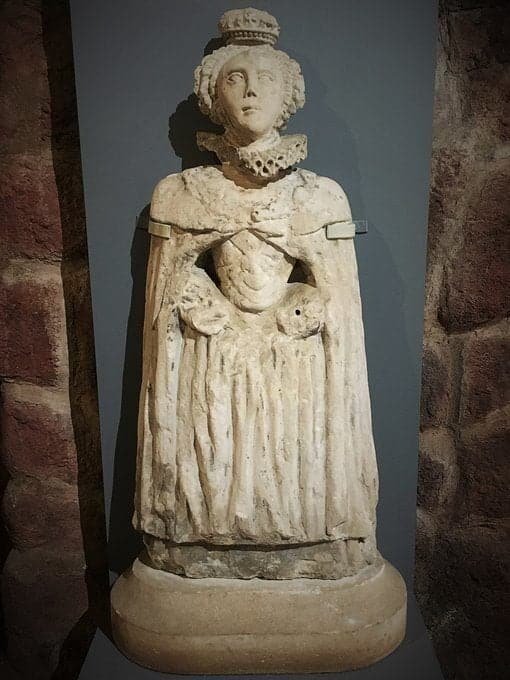 The most extraordinary artifacts associated with the underground passages is a late 16th century statue of Queen Elizabeth I. The statue is still fully intact and how it survived though the centuries is just incredible.

Due to the nature of the Underground Passages tour times are subject to change.