Later on the priory became a outpost of Durham Cathedral and was functioned as a vacation retreat for the priests of Durham, until 1538.

There are some stays of the early twelfth-century stone chapel of St John the Baptist, the web page of Godric of Finchale’s burial.

Godric came to live on the eventual site of Finchale Priory in the early twelfth century, creating a hermitage dedicated to St John the Baptist. Godric’s biographers recorded that he lived an ascetic life on this site for 50 years, living and sleeping outside and rejecting expensive cloth and plentiful food.

After Godric’s death, two monks of Durham moved to Finchale, where there was already a church, mill, dam and fish pond. The site has been a dependency of Durham Cathedral since 1196, the year in which the chapel hermitage became known as Finchale Priory. 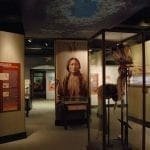 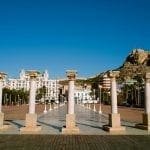