Granada Science Park or in Spanish ‘Parque de las Ciencias’, is a Science Museum which was founded in 1990 with a new motto “A new kind of Museum” and opened to the public in 1995. The Museum holds permanent and temporary exhibitions. Situated only 1.2 miles from the south of the city centre.

The Science Museum has number of exhibition spaces where you can learn and understand the world and physical phenomena’s such as the motion of the earth and gravity.

Planetarium has a Astronomical Observatory which has a 75 cm telescope, and is used to observe the universe.

Biosphere Room, has a few fascinating things such as a movement of piranhas, which counts the world population and Human DNA.

The Perception Room lets you play with sound and light.

Explore Room has over twenty Science experiences for children age between 3 to 7 years old.

One of the best things to do: is to climb the observation tower, at 50 m high and you can enjoy the stunning view of Granada.

August 2016, The Science Centre received a massive 12.5 Million project, which added a new Bio-dome Building which is split in to three levels, Underwater, Terrestrial and Aerial and now visitors experience the biodiversity of Tropical Rain-forest, coral reefs and other areas of the Earths evolution. The EU funded close to 10 Million on this project.

Little warning if you don’t like noisy school groups, avoid going during peak term times from Tuesday to Fridays.

Parque de las Ciencias located just off the city of Granada is the Andalusia region in Spain.

How to get There 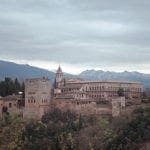