Jerez de la Frontera Cathedral was built in the 17th century, above a former mosque and its construction resulted in the modification of adjacent streets and the creation of new areas such as the Plaza de la Encarnación.

The interior of the Cathedral has five naves. Its covers with simply ribbed vaults from side passages and great decorative wealth from the central Trinidad of Bocanegra and the transept, unite elements of the eighteenth century baroque with some other neoclassical under the Gothic structure which, despite the mix of styles, achieve harmony and balance in its monumentality. At the interior focuses on the cover of entry into the sacristy, realized in stone and Jasper. The temple is quadrangular, divided into five naves by thick pilasters, along with a rectal nave that’s called the transept. In the intersection of the main nave and the transept is an airy octagonal dome or body of lighting, which looks over the nave through its broad ring and is crowned with a copulí, n.

On the borders of the octagon, there is beautiful stone figurines, larger than the natural dimension and representing the holy physicians of the Latin Church. The elevation of the vaults is, 20 m. The central nave and the transept or transept, 13 m. The security ships, and 8 m. The extreme ships, which, without being, resemble chapels. The dome has a height of 40 m. From the floor of the church. The building is all made of stone, excluding the vaults of the lateral naves, that are made of brick. The stone comes from the Sierra de San Cristó, bal.

The Cathedral of Jerez de la Frontera is the Older Collegiate Church, Raised to the cathedral dignity from the Bull, Archiepiscopus Hispalenses, of March 3, 1980, of His Holiness John Paul II. Its owner is Our Lord San Salvador. As such a cathedral of the new Jerez born Assidian bishopric, it was the location where the Bull of Constitution of the Episcopate was promulgated on June 29, 1980, with the entry of the earliest Bishop Monsignor Rafael Bellido. The current bishop is Monsignor José, Mazuelos Pé, rez. The establishment of the Cabildo Colegial dates back to the Christian conquest of Jerez, on October 9, 1264, stating that it was constituted on Sept 23, 1265, wherein Alfonso X el Sabio extends the chance of endowment in his favor.

It consisted of an abbot and up to ten canons at the course of its history. The Cardinal and several bishops were formerly members of the Cabildo, and several others for their civilization and charitable figures appear in history. It had been dissolved by the bull of Pope John Paul II To make way for the new Cathedral Chapter, which consists of twelve canons who exercise the various offices of the Cabildo. A fantastic and beautiful church was desired, that didn’t detract from people that already had from the city such as San Miguel and Santiago, and was worthy to be one day a cathedral.

Back in 1580 and at 1781 petitions were raised at the Crown from Jerez for the ministry at the town of a brand new bishopric. Nevertheless, it wasn’t till 1980 the old desire might be achieved. This is how a Diocese of Asidonia Jerez was born. The reason why this name for the new diocese? it’s one of the oldest names of Medina Sidonia, which is considered the Phoenician foundation. Consequently, its name Sidonia, derived from Sidon, the famous Phoenician city. Throughout the Arab domination, there was a state called Sidonia where the first capital was Medina Sidonia.

Afterwards, the capitality passed to Saris. With the capital at Medina Sidonia, there was a former bishopric known at the Visigoth and Arabic times which was known as the Asidonian bishopric that became extinct with the entrance of the Almohads from the year 1146. The Holy See continued giving this name to titular bishops until it’s been erected the current Jerez bishopric. The Bishopric of Jerez, built by the papal bull on March 3, 1980, wears the name Of Asidonense Jerezano to constantly remember that ancient bishopric of that this area was clearly a part. It’s a large baroque temple, whose outside appearance is marked by its most characteristic elements that may be seen from hundreds of yards away, like the huge dome of the transept, the tower, the set of flying buttresses and its own rich baroque facades.

The Temple was financed by the Kings of Spain, Carlos II, Luis I and Carlos III and the popes contributed as well, Pope Inocencia XIII and Benedicto XIII. 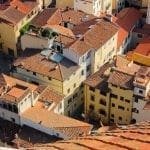