La Tomatina is festival that happens ever year on the last Wednesday of August, located in the Bunol Town, In the Valencia province, Spain. It’s known as the ‘World’s Biggest Food Fight’.

At 11 am trucks that carry the tomato’s to the town center and in tradition wait for that one brave person to climb to the top of the wooden pole and reach the ham, the pole is two story high, however in recent years the festival usually start without any one reaching the ham, once the firing water cannons start the beginning of the festival starts and every person is for themselves.

How did the tomato throwing festival begin?

One popular theory is when the towns people attacked the city councilmen with tomatoes during a town celebration, and another theory is when two people had an argument over a piece of meat and started to fight and the people started throwing tomotas at them, then every year this would happen, and the festival began.

Ofcause theres are just theories so whatever happen, it doesn’t matter, it created this amazing festival that we will can go on to enjoy.

The festival is in honor of the town’s patron saints, Luis Bertran and the Mare de Deu dels Desemparats (Mother of God of the Defenseless), a title of the Virgin Mary.

Celebrated on the last Wednesday of the month of August. 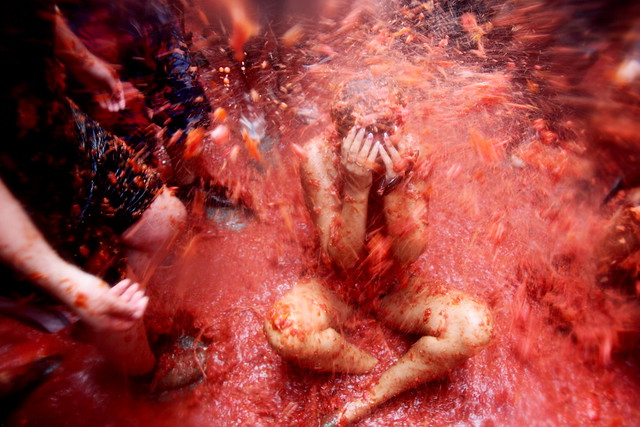 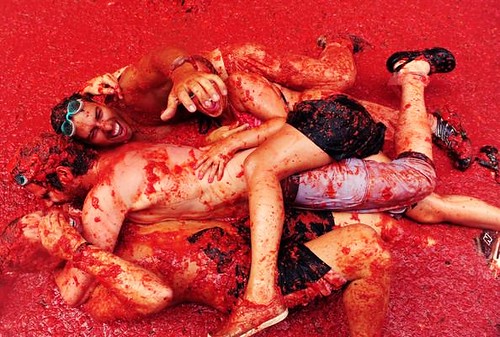 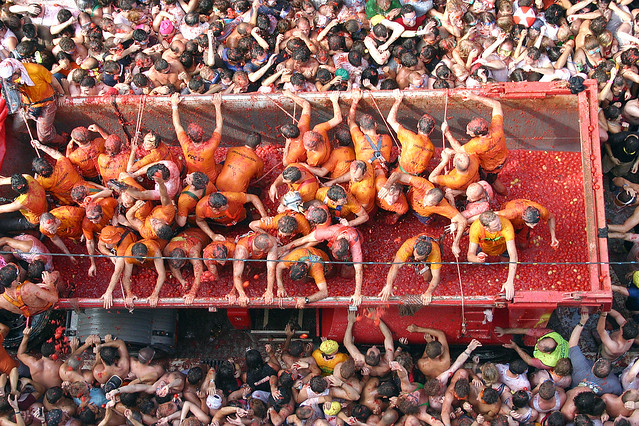 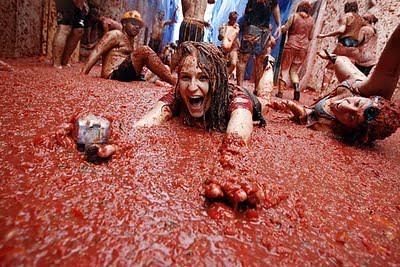 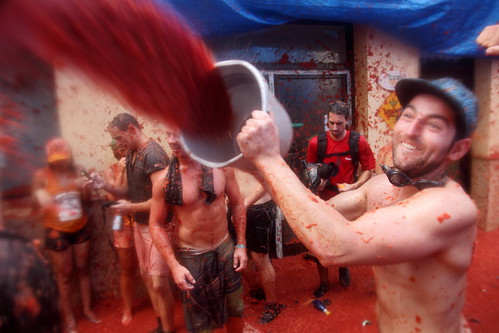 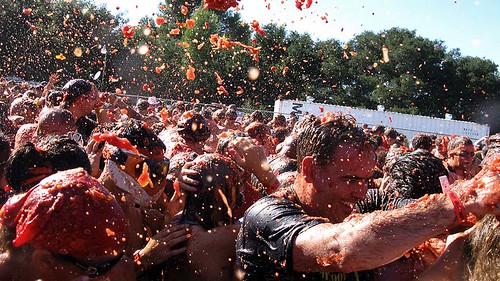 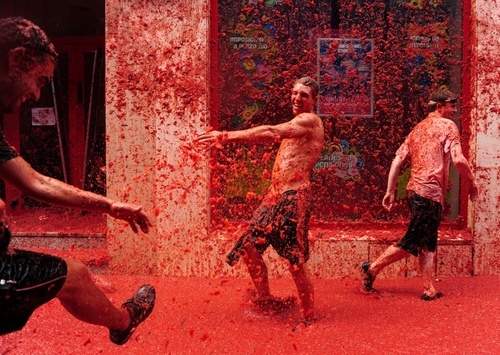 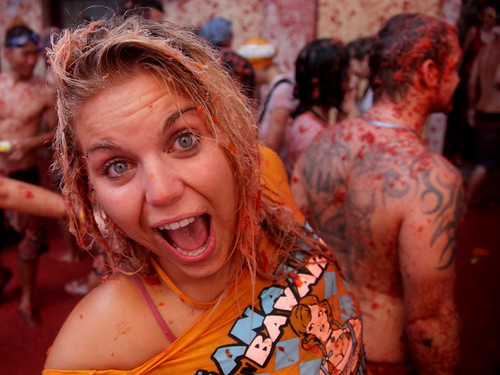 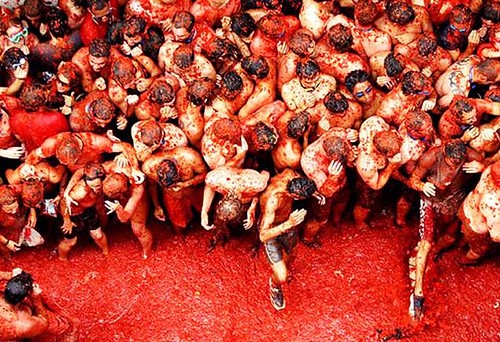 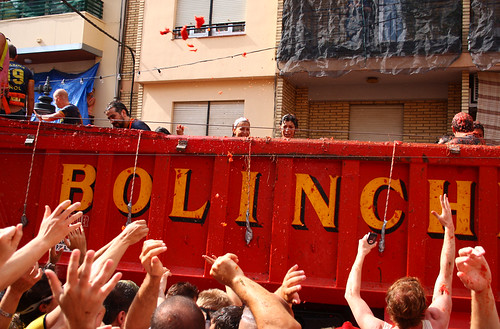