Lake Eupen was created due to a dam that was built on the river Vesdre in 1938 and by 1950 it was inaugurated by Prince Charles of Belgium.

The German population of Eupen refer to the river as Vesdre as Weser, which is distinct from the Weser river in North Germany. 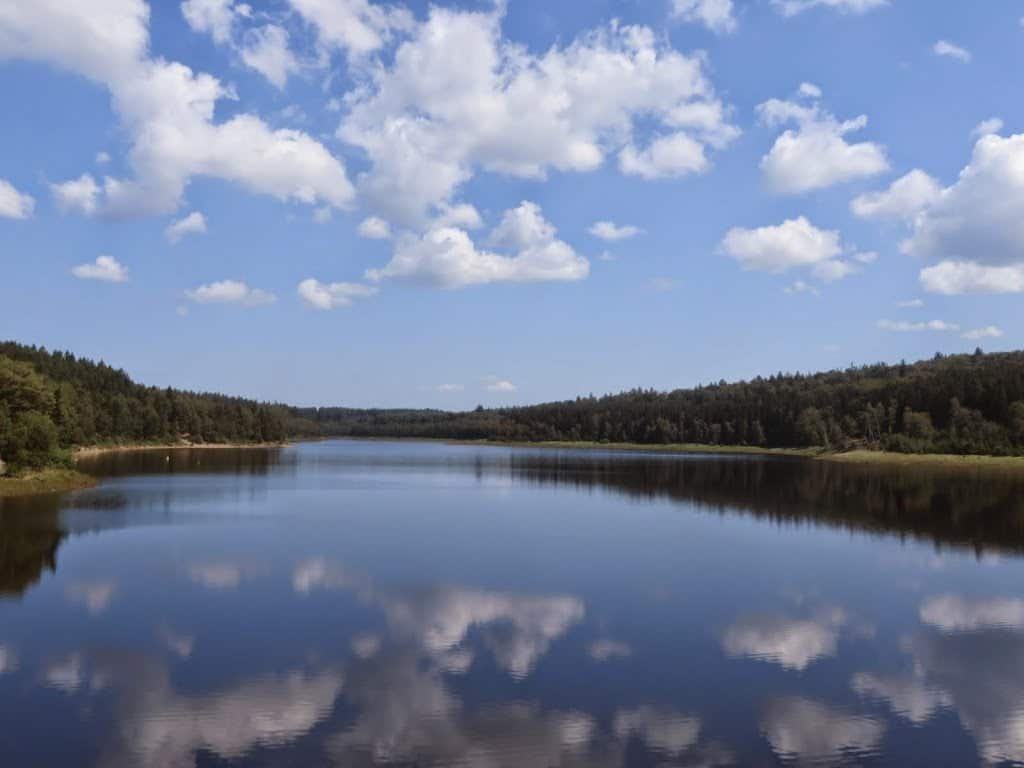