The Law is located on a Mountain Peak in Dundee, Scotland. It’s predominant feature is an extinct volcano, which gives it its name.

It’s also said that the Dundee Law was given it’s name by the Anglo-Saxon ‘hlāw’, which means a grave-mound or from the Gaelic phrase for a mound.

The is a secret tunnel which runs via it, which was closed in the 1980’s, that was used for the railway to Newtyle. A marketing campaign in 2014 wanted to reopen the tunnels, as a tourist attraction.

A world war one and two memorial was constructed at the top of the summit, which was unveiled on may 16th 1925, In 1992 to 1994 the structure was upgraded, The memorial is lit with a large flame at its top on a number of significant days.

Archaeological proof of burials propose that the regulation may additionally have been used by human settlers 3500 years ago.

During the Iron Age it become the site of a ‘Pictish’ settlement. Roman pottery has been found on the regulation, suggesting that the Romans can also have used it as a lookout post within the first century. 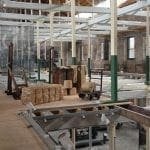 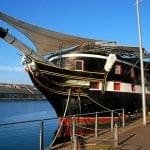