The Lucca Cathedral also known as the San Martino Cathedral in Lucca is a beautiful marble cathedral with spectacular Romanesque sculptures on its facade and a crucifix sheltered inside. Lucca Cathedral was consecrated in 1070 by Pope Alexander II, previously the Bishop of Lucca. The impetus for substituting the Church of St. Martin with a great cathedral is traditionally the arrival of the miraculous Volto Santo. The west facade was decorated in 1204 and the portico in 1233, and the inside was rebuilt in the fourteenth and 15th centuries. Since 1995 the sacristy has been home to the funeral monument of Ilaria del Carretto, placed since 1842 from the left transept of the Cathedral and removed from here to permit consolidation work in this area of the construction.

Precisely in the middle of the left nave the Templet of the Holy Face is nicely visible. An intriguing legend tells that it was Nicodemus, a disciple of Jesus, who made the Crucifix, drawing inspiration from the dead Christ, but the face of the statue modeled itself, or maybe it was the angels who created it. Transported through an unpiloted ship at the port of Luni, it attained the center of Lucca on a mysterious cart drawn by tameless horses. The holy face became a pilgrim destination along with the symbol of Lucca, his cult was already well established in the 11th century.

Nevertheless, today, in Sept every year, it’s taken from S. Martino to S. Frediano. In spite of its oriental features, the statue isn’t of Syriac origins, like the iconography of the crucifix didn’t, but exists in the early Christian art of the Orient, little is therefore known of its source. It can be a copy of a missing eighth century first, but it’s definitely mentioned by resources of the 1100 s. The excellent wooden statue indeed represents the Crucifix, but alive and successful, dressed in a tunic, the ‘colobium’ as it’s described in the Apocalypse, and sporting the gold belt typical of kings.

The first coloring has been conserved rather nicely: the red of the lips, the dark hair, and the garment, now blue, that was nevertheless initially red and symbolized martyrdom. The statue was made using 3 different kinds of wood and its own function, initially, was a reliquary which comprised ampoules of the blood of Christ in the void behind the shoulders. The cross bearing the statue was added later. The symmetrical lines remembering drapery give a feeling of motion to the wooden statue. The sculpture is actually flat as a bass relief, excluding the head, which endeavors markedly forward when seen in profile. Apparently, the statue was sculpted with an exact idea in your mind as to its own collocation, which has to be in a raised position.

The Museum of the Cathedral was established in 1992 to preserve the furniture made in the Middle Ages for the performance of the solemn liturgical functions of the cathedral and the sculptural and pictorial works which have been removed from their original location for many reasons or replaced by much more up-to-date writers, they lay, perhaps not quite accessible to view, in sediments or in a sacristy. The distribution of the works inside the architectural complex that houses the museum follows a chronological criterion in order to enable the visitor to comprehend globally the artistic taste of the epochs represented, excluding the room devoted to the codices and lit chorales, collected in one environment to better control the resources of lighting.

The Lucchese figurative civilization between the fourteenth and the sixteenth hundreds of years is documented by some plutei of the enclosure of the presbytery made by Matteo Civitali, by the paintings of Vincenzo Frediani along with the refined silverware of Francesco Marti, the pastoral with the equestrian group of San Martino that donates the mantle into the inferior and the reliquary of San Sebastiano in the kind of a round temple. The Museum presents a broad sampling of lace hangings and planets, embellished with geometric and floral embroidery motifs, which bears witness to the top qualitative quality preserved by the Lucca cloth manufactures till the late eighteenth century.

The exhibition comprises the apparent core of silverware made in Lucca between the fifteenth and nineteenth hundreds of years, chiefly attributable with safety due to the presence of the punches. The visit carries on in the room reserved for sculptures coming from the Cathedral – among which we point from the head of the bishop of the eleventh century, the Apostle of Jacopo della Quercia and also the statue of Fra Fazio, allegory of the contributor into the expense of constructing the church – and also at the nineteenth century oratory of San Giuseppe, improved from the next century by paintings and carved and gilded wooden device. In the end, in a special room, the ornaments of the Holy Face are gathered, still used today on May 3rd and Sept fourteenth to groom the revered simulacrum of Christ is preserved from the Cathedral. Amongst these, we remember the fourteenth-century frieze positioned above the robe of Christ.

Note: disabled with a companion; residents of Lucca and Province, No Entry Fee’s 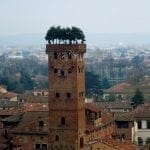 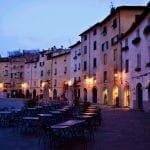