Malaga Cathedral was built-in 1782 on a former mosque site, after the conquest of Malaga by the Catholic Kings Isabel and Ferdinand, they ordered for the cathedral to be built, however, one of the towers of the cathedral is still unfinished and there are no plans in finishing off the construction, the cathedral of Malaga is known as ‘La Manquita’ which translates to ‘ the one-armed lady’. The cathedral was consecrated on 3 August 1588.

The Cathedral was built with stones which are found in quarries in the Axarquía region, the first concept of the cathedral was styled in Gothic temple however it was later abandoned and was re-designed under the Baroque and Renaissance style.

The interior of the Cathedral is influenced by the Baroque and Renaissance style, the cathedral is made up of three naves, the middle nave is the widest and stands at 41.79 metres with a rectangular shape, cedar wood was designed by Luis Ortiz, after Luis Ortiz death the remaining 40 finely carved statues of the saints were completed by Pedro de Mena. The Cathedral”s Sillería del Coro, from the seventeenth century has been declared to be a Work of Cultural Interest.

The exterior of the cathedral has beautiful gardens and stunning patio with orange trees, the gardens have a number of interesting items in the Museo al Aire Libre de la Cathedral de Malaga, which is an open-air museum.

Explore the city of Malaga 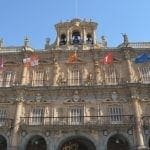 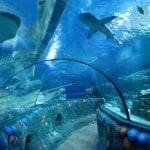