Matisse Museum in Nice is dedicated to the works of French Painter Henri Matisse. The Museum opened in 1963 situated in the Villa des Arènes. A seventeenth-century Genoese residence situated on the Cimiez Hill

Villa des Arènes was built between 1670 to 1685, it was named ‘Gubernatis palace’ after its owner, Jean-Baptiste Gubernatis, and in 1950 the city of Nice bought it from the real estate company and named it ‘Villa des Arènes’. The city bought the villa to preserve it.

Matisse Museum has one of the most important Henri Matisse collections in the world. Donated to the museum by the Artist, his Wife and their heirs. Hundreds of pieces of paintings, engravings, drawings and sculptures can be found in Matisse Museum.

Henri Matisse was born in 1863 in Le Cateau-Cambrésis and lived in the north of France and studied law in Paris, after gaining his qualification, he started painting in 1889. After his mother brought him art supplies during a period of convalescence following an attack of appendicitis. Henri Matisse returned to Paris in 1891 to study Art at the Académie Julian. After moving to the South of France he went to Coulliore and Corsica but later fell in love with Nice for its sun and the special lights.

In the winter months of 1921, Henri Matisse Moved to Nice Permanently in an apartment building at the top of Cours Saleya, during the next 17 years of Henri Matisse life he lived on the third floor with a beautiful view out on to the market and later moved from the third floor apartment floor to the fourth floor penthouse with the wrap-around terrace, where he would paint and enjoy the beautiful view of Nice. During the 17 years, Henri Matisse would go on to creating a masterpiece, The Dance.

Henri Matisse Moved to Cimiez in 1938, where he owned two apartments on the third floor of the Regina, towards the end of WWII Matisse moved to the Villa Le Reve in Vence to escape the threats of bombing and lived in Vence for five years until he returned to his home at the Regina, where he died in November 1954 and was buried in the Cimiez Cemetery.

If you would like to avoid public transport, I would suggest getting an Uber, it will cost you between €7-€10 from the Old Town to the Museum. Don’t get local Taxi as sometimes they double the price, it could cost you anything from €15 to €20.

Just latter of the Matisse Museum is the Cimiez Arena, historic site features ruins of a Roman amphitheatre and Musée Archéologique de Cimiez de Nice museum features statues, coins & other ancient finds. If you would like a nice walk in the park after visiting the museum, explore Arènes de Cimiez Garden.

Where to stay in Nice

Looking for walk tours in Nice, France? There are entire books with self-guided walking tours. 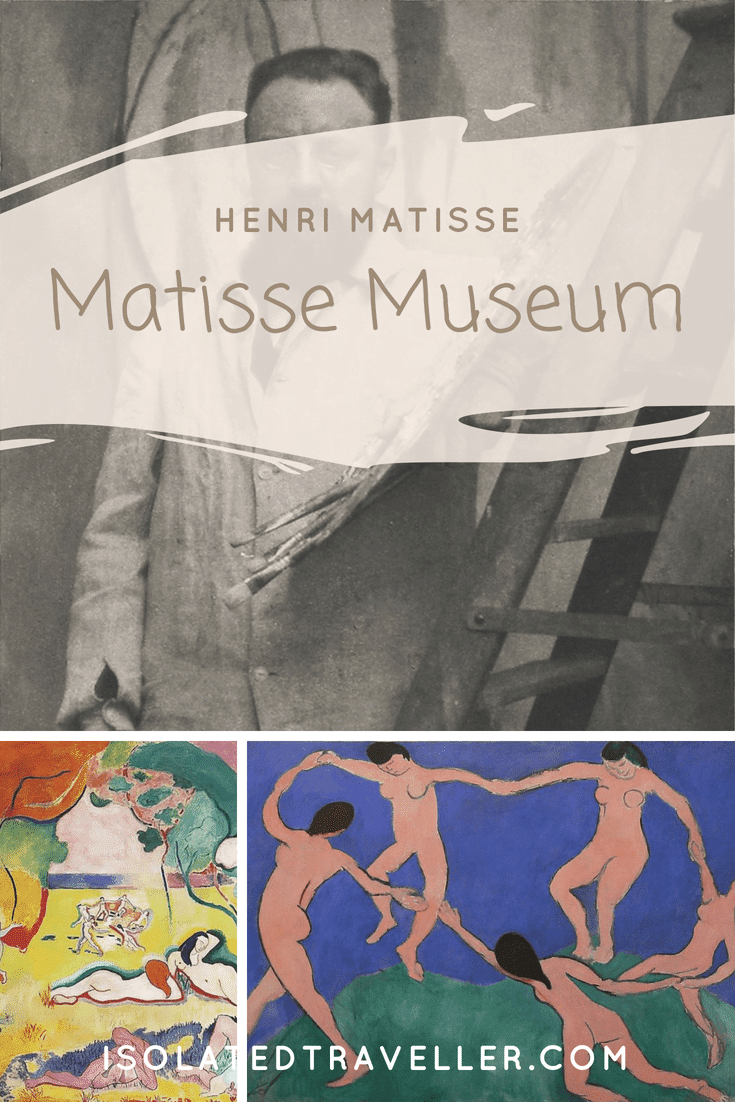 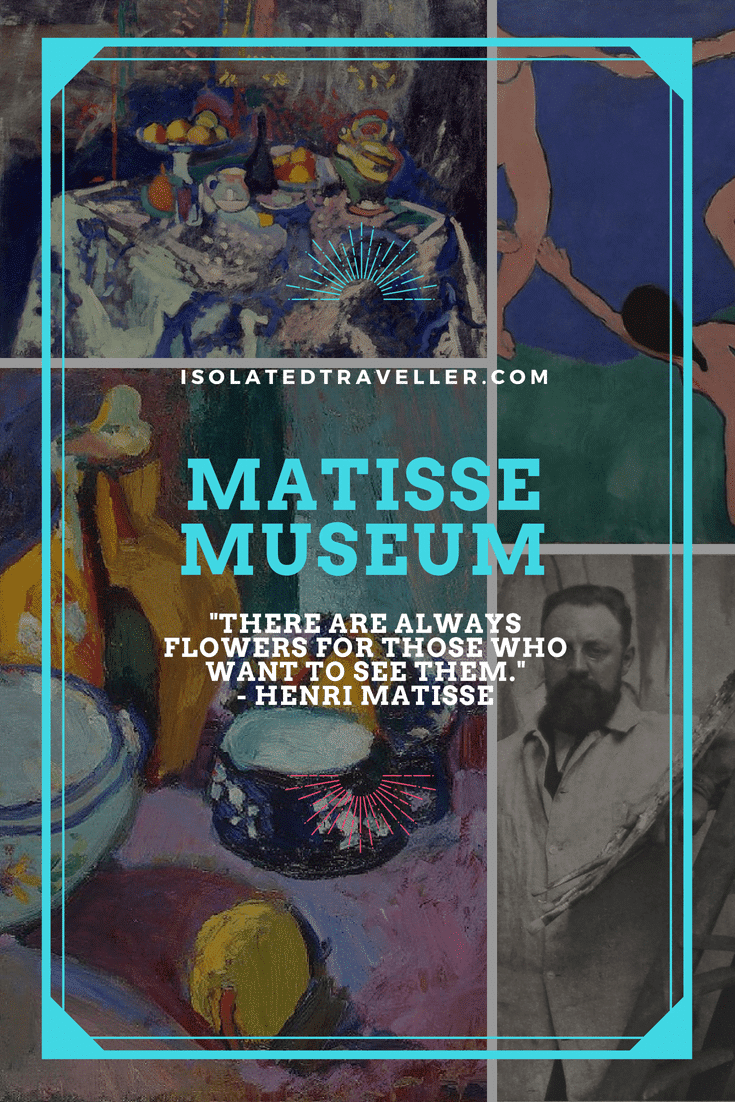