Museo Nacional del Prado is the most important museum in Spain and one of the most visited art galleries in the world. The building designed by Juan de Villanueva was inaugurated in 1819 and nowadays gathers one of the best collections of paintings of the European masters of the sixteenth to the nineteenth century.

In 1785 the foundations for the current museum was established when the Wife Barbara of Braganza first established a Royal Museum of Painting and Sculpture, later changing its name to the Museo Nacional de Pintura y Escultura, National Museum of Painting and Sculpture, which later subsequently to the Museo Nacional Del Prado and opening its doors to the public in 1819 with over 310 paintings from the Spanish Royal Collection.

The Museum’s collection expanded during the early nineteenth and twentieth century when other museums such as the Museo de la Trinidad in 1872 and the Museo de Arte Moderno and a number of donations and acquisitions.

In 1992 the Manuel Villaescusa passed on his fortune, nearly $40 million in Madrid’s real estate to the Prado, the museum went on to sell the Villaescusa’s buildings to raise income for the museum, which in return made the Prado one of the most formidable bidders for paintings in the world.

Until the 2000’s the income of the Prados was estimated at $18 million, of which $15 million came from the government and the remainder of $3 million  from private contributions, publications and admissions however in 2003 it all changed, the Prado reduced its level of state support from 80 percent to 50 percent, in return the museum gained more control of its budget.

Please note that the museum is closed on the 1st of January, 1st of May and 25th of December.

Explore the City of Madrid 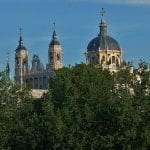 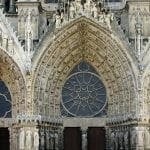