Museum of the 20th Century first opened its doors in April 1994, situated in Oostereiland, a peninsula in the harbour of Hoorn. Houses a wonderful collection of objects from the 20th century, some objects you will find are familiar but have now been forgotten as we move forward into the 21st century, the forgotten objects such as household equipment, to classical children’s toys and games. You can find old fashioned class room wooden desks and even get to experience how to felt like being in a 20th century class room.

The museum includes old living rooms, kitchen equipment, a classroom,  toys, video and audio equipment and office equipment. In addition to the permanent collection, The Museum also has unique exhibitions which are different every year.

The Museum is housed in the last two Hoorn cheese warehouses called ‘Gouda’ and ‘Alkmaar’, built in 1903, the buildings were used as cheese store house until 1993, and in 1994 the Museum opened to the public, keeping the look  of how the old cheese warehouses looked. In 2011 The Museum moved to new premises, that used to be a former prison complex, known as “De Krententuin”. The Prison not only accommodates the Museum of the 20th Century but also Cinema Oostereiland and a Tourist Information Centre. 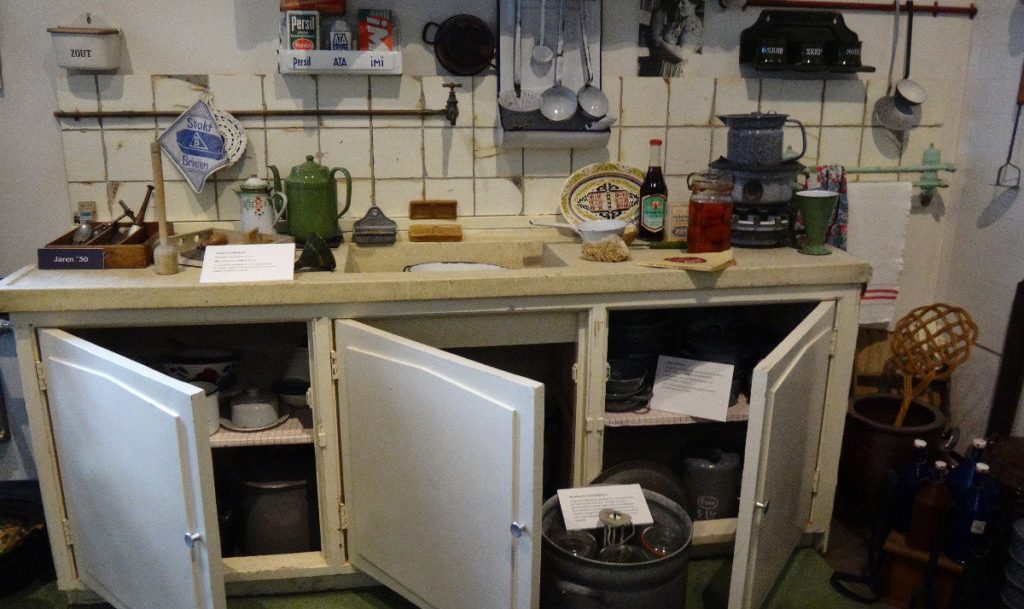 Museum of the 20th Century is located on Oostereiland, a peninsula in the harbor of Hoorn.