Oxford Castle was built in 1071 on earlier Saxon Defences when William the Conqueror took control of England and was victories at the battle of hastings Oxford, he ordered for the castle to be built with a mound, The Castle was left under control of Hereditary constables drawn from the D’Oilly Family.

The Initial castle was made out of earthwork mound and surmounted by wooden palisades, the Motte rises over 60 feet, however, within the next few years Robert d’Oilly built the first stone fortifications, including a stone keep atop the mound.

In the 14th Century, the castle was diminished and the site became primarily used for country administration and as a prison. It saw action during the Anarchy where it was the scene of Matilda’s dramatic escape from King Stephen in the midst of a snowstorm. During the English Civil War, the castle was destroyed.

In the 18th Century, the castle became Oxford’s prison and a new prison complex was built on the site and later expanded in 1876, becoming the HM Prison Oxford. In 1996 the prison closed and was redeveloped into a hotel.

Tours around Oxford Castles are done by guides who dress up in costumed characters and show you around the Saxon Tower, where you can enjoy a stunning 360° views of Oxford and then descent to the dark atmosphere of the 900-year-old underground crypt. You can even experience the Austere confines of the 18th-century debtors’ tower and the Prison D-Wing and wonder at the mound of the 11th-century motte and the Vaulted Well Chamber of Bailey castle.

The medieval remains of the castle, including the motte and St George’s Tower and crypt, are Grade I listed buildings and a Scheduled Monument.

Oxford Castle Quater does not have its own carpark, Car parks can be found at Westgate Shopping Centre, Oxpens, Worcester Street and Gloucester Green and are all a short walking distance from Oxford Castle & Prison.

Gloucester Green bus station is located in the heart of Oxford City Centre in George Street. Once on George Street, turn right and then immediately left and bear left around the corner into New Road. Oxford Castle Quarter is on your right-hand side.

There are plenty of bike racks located behind the Oxfordshire County Council building.

THINGS TO DO NEARBY

WHERE TO STAY IN Oxford 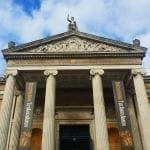 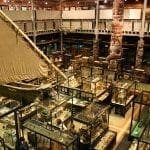