Seville located in the southwest of Spain, is the capital city of Andalusia region, and is well known for its flamenco dancing.

Some major landmarks include the the Gothic cathedral where Christopher Columbus’s tomb is located at, Plaza de Toros de la Maestranza bullring, Alcázar castle complex, the Giralda tower for a spectacular view of the city and among other beautiful and unique buildings.

Legend says that Seville was founded by Hercules and is linked with an old tartessian civilization.

Seville has 11 districts, further divided into 108 neighborhoods
Average Yearly Temperature 25ºC (77ºF)
Geography Southwest Spain
Population Approx. 705,000
The town has a hot Mediterranean climate with more than 300 days of sun a year.
Seville is the fourth largest city in Spain.
Seville is home to Flamenco music
Seville is home to the famous Spanish bullfighting.
Two Roman Emperors were born in Seville, Trajan and Hadrian. 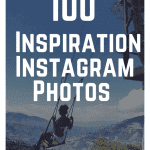