Ponte Della Maddalena is a beautiful bridge situated near the town of Borgo a Mozzano, Its official name in Italian means the Bridge of Mary Magdalene, nevertheless, it is better known by its satanic nickname “Devil’s Bridge”. This probably comes from its amazing shape, a feat of technology for the 11th century when it was built. It crosses 131 feet wide on the Serchio River and is 60 feet tall at the peak of its highest of the five asymmetrical arches.

Accordance with the legend, the bridge was constructed by St Julian who unable to finish the difficult project, asked the Devil for assistance, offering him return the spirit of the first living being who’d have crossed the finished bridge.

After the bridge was completed, Saint Julian threw a piece of bread on the bridge, luring a dog to cross it, cheating the Devil. There’s very little historical info regarding the building of the bridge. Nicolau Tegrimi, in the biography of Castruccio Castracani, attributes the bridge to Matilde di Canossa and mentions the restoration made by Castruccio Castracani In accordance with the hypothesis of Massimo Betti, throughout the Castruccio government the small arches were constructed from stone, replacing the preceding structure in wood. This could explain the gap between the major arch as well as the small ones. From the sixteenth century, the Hermitage of Maddalena was constructed on the left bank, providing a name for the bridge.

Don’t forget you can wander around the charming village and even visit a café, where you can admire the views of the bridge while enjoying a cup of Italian coffee.

The Bridge is only 30 minutes away from Lucca.

The Bridge is always open and Free to Visit. 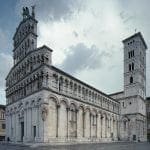 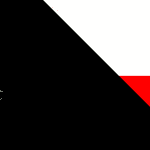