The Ponte Vecchio is a medieval stone bridge, located over the Arno river, in Florence, the bridge connects the city centre with the district of Oltrarno.

Another name for The Ponte Vecchio is “Old Bridge”.

The old bridge dates back to 966 and was reconstructed in 1345 due to a flood which destroyed it, in the 16th century first art historian was responsible for the corridor above the bridge,  Giorgio Vasari, who credited the design of the bridge to the Florentine architect Taddeo Gaddi, who was a student of Giotto.

The bridge consists of three sentimental arches: the main arch has a span of 30 meters, the two other arches are side arches, each span 27 meters. The rise of the arches is between 3.5 and 4.4 meters.

However the Houses that were built on the bridge,were a common practice in large European cities during the Middle Ages.

In World War ll the German’s didn’t destroy the Ponte Vecchio bridge during their retreat from the advance of the liberating British 8th Army on August 4, 1944, unlike the other bridges in Florence.

When you visit the ‘old bridge’ you can enjoy a nice day out shopping you can find a number of Jewelry shops, ranging from affordable modern jewels to pricey antiques, art dealers and souvenir sellers.

You can also find a statue of Benvenuto Cellini, who was an Italian goldsmith, sculptor, draftsman, soldier, musician, and artist who also wrote a famous autobiography and poetry.

The Ponte Vecchio’s two neighboring bridges are the Ponte Santa Trinita and the Ponte alle Grazie. 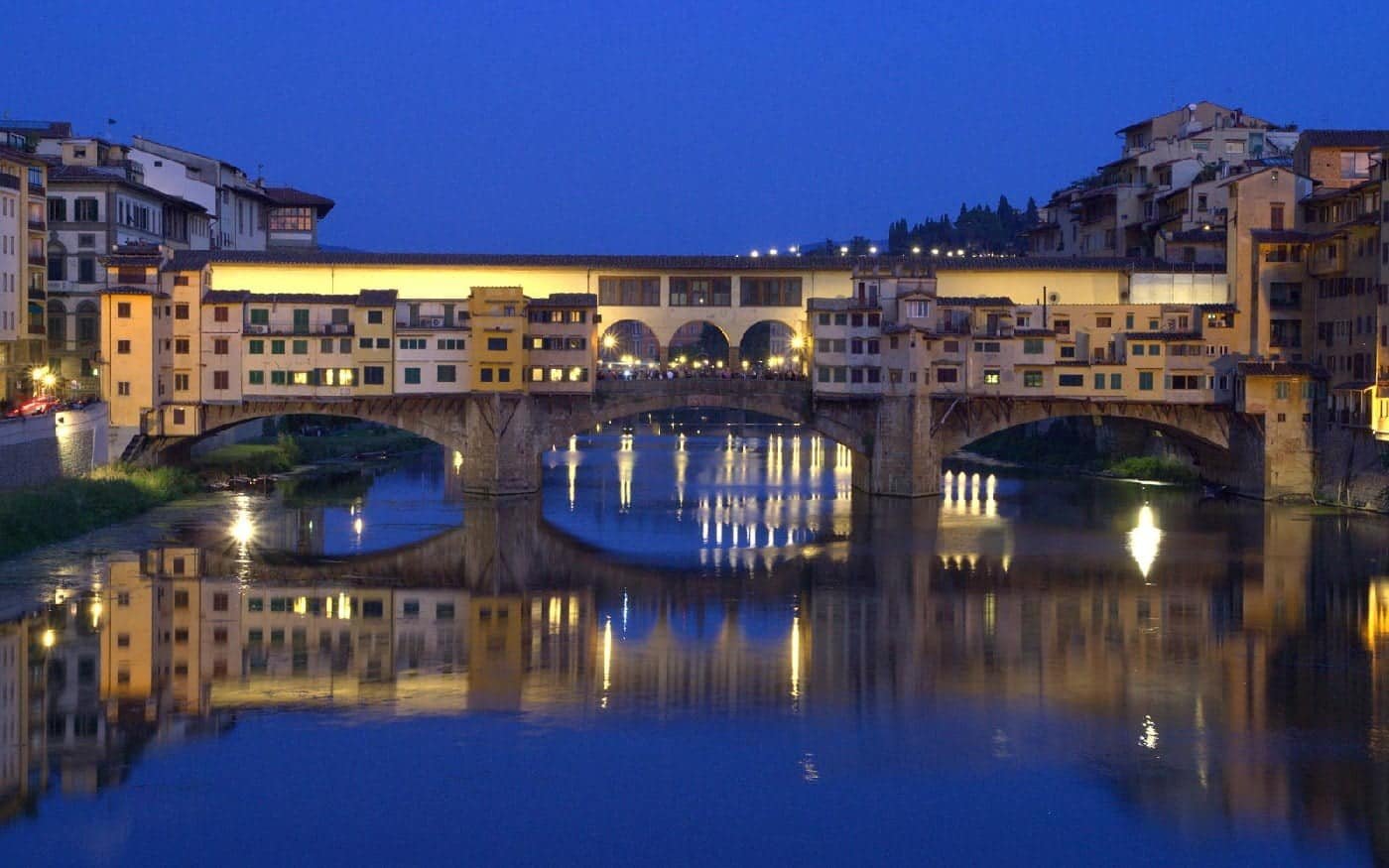