A strange noise that has been coming from the seafloor, located in the Nunavut region of Canada.

Military has sent out a aircraft to investigate this ‘strange noise’ however after one and half hours of research, nothing was found. the department of national defense said “The crew did not detect any surface or subsurface contacts,” and they will not investigate any further.

However the military aircraft crew have found that six walruses and two pods of whales were found in that area.

CBC has also reported that this ‘strange noise’ is hurting the wildlife by driving them away.

However as this is a mystery a lot of theories are coming out such as:

All of this claims have been denied; Greenpeace have denied any responsibilities by them, military have also said theirs no submarines, and mining companies don’t operate in that area.

Could this be another mystery that,we might never know about, planet earth is full of mysteries. 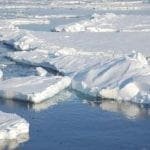