However new technology and materials since the concorde, could make a new supersonic passenger jet four times cheaper.

Due to the new breakthroughs in aerodynamics, engine technology and advanced composite materials, makes it efficient and affordable. you will be able to buy a ticket for as much as a business class.

Materials such as carbon fiver are now lighter but as long as aluminum, also the modern engines are much more efficient, this means that the new jets can go as fast as the concorde but with

However a lot has changed, the new technology has made everything cheaper and faster, now the new breakthrough in aerodynamics, new engine technology and new materials such as carbon fiber, which is stronger and lighter than aluminum, this all means that the new supersonic jets can travel faster but also cheaper than the previous supersonic jets.

Due to the speed of supersonic jets, the are a few issues that engineers have to make sure the jets can withstand such as the drag of air resistance, the aircraft will have to withstand temperatures hundreds of degrees higher than of aircrafts that are travelling at Mach 2.

By having Mach 2 aircrafts this will be that traveling from New York to London that usually takes 7 hours, this could be cut down to 3 hours, this will change the way we think about flying.

Former Amazon Executive Blake School is now building a prototype of his Supersonic passenger jet called Boom, for the colorado aircraft hangar, Virgin’s Executive Sir Richard Branson has said he will be ordering 10 Supersonic jets, which are capable of flying at 1,451mph,

Could this be a new era for Supersonic travel. 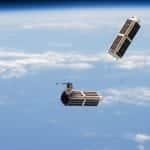