The Temple of Debod is an Ancient Egyptian temple that was originally built in the 2nd Century BC at the village of Devod, it was later dismantled and rebuilt in Madrid, The Egyptian state donated the temple of Debod to Spain In 1968, as a sign of gratitude for helping to save the Abu Simbel Temple.

The Temple was rebuilt in the Parque del Oeste, which is situated near the Royal Palace of Madrid and open to the public in 1972, however, the reassembled gateways have been placed in a different order compared to the original one. The Ancient Egyptian architecture is one of the very outsides of Eqypt and the only one of its kind in Spain, Making it one of Spains most treasured Architecture. Only three other temples are situated outside of Egypt, the temple of Taffa in Leiden, located in the Netherlands;  the Temple of Dendur in New York, the United States of America and the rock-cut temple of el-Lessiya located in Turin, Italy.

The Temple of Debod is a religious centre dedicated to the goddess Isis. The Temple consists of several chapels, a terrace, a hall and a Museum. Its known as one of the best places to come and take photographs at sunset, with beautiful lighting and stunning views.

How to get to Temple of Debod

Explore the City of Madrid 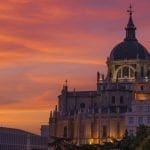 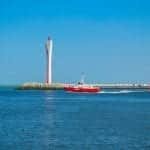