Montpellier is situated in the southern part of France. The city is only 6.2 miles away from the Mediterranean sea and has beautiful architecture from the Gothic cathedral Saint-Pierre DE Montpelier to the Porte du Peyrou. Montpellier is famous for its trading port and scholarly. Unlike most cities in the southern part of France, it has no roman heritage.

From its medieval streets ideal for shopping to new neighbourhoods combining natural spaces and buildings designed by the greatest international architects.

Montpellier’s doesn’t attract as much attention as its neighbouring cities Nice and Marseille, which is a shame, because Montpellier has a warm and charming feel. Montpellier is known as a student city rather than a tourist destination. 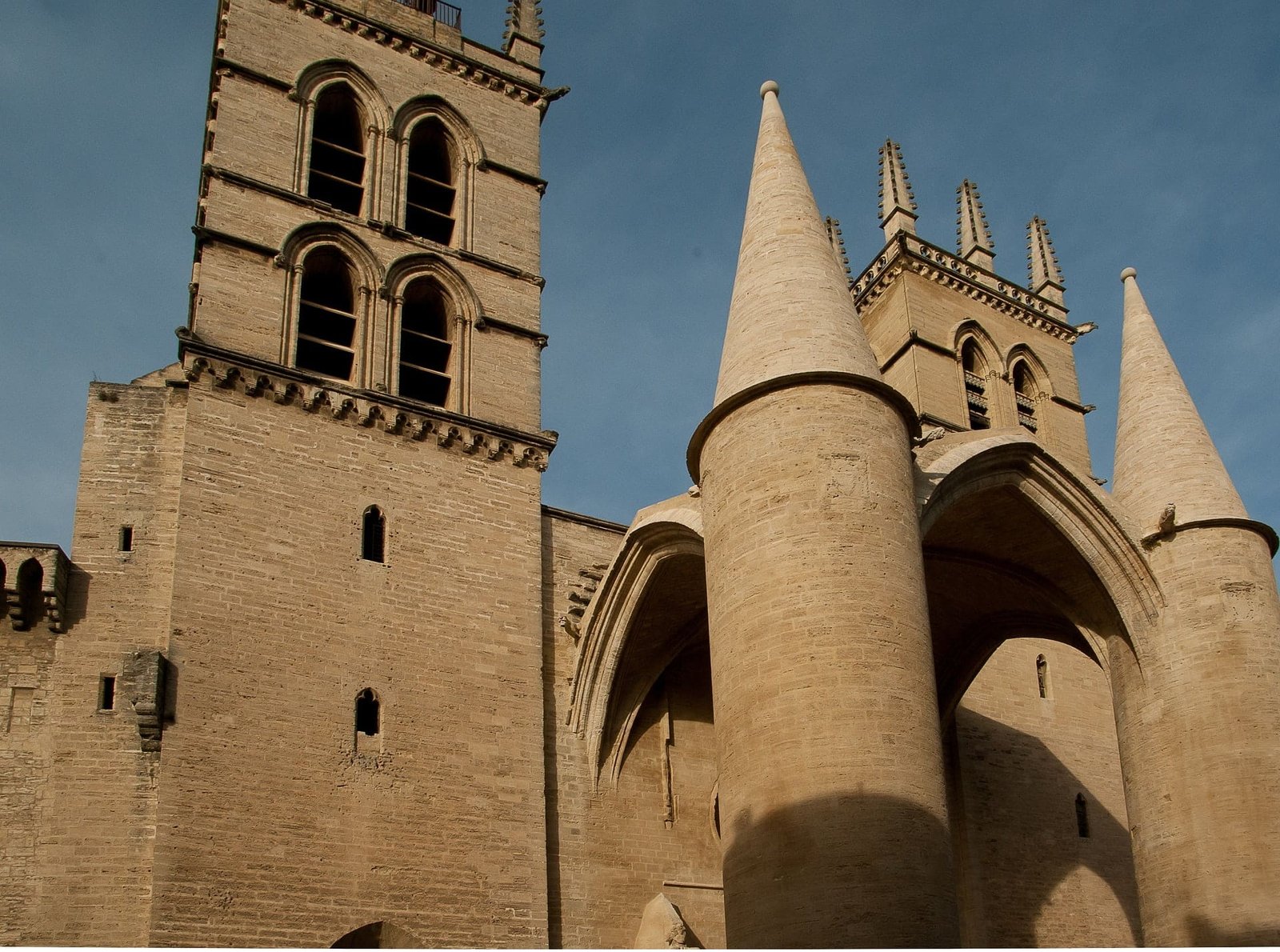 Montpellier Cathedral was a former Benedictine chapel built in 1364 and later the Chapel became a cathedral in 1536 when the city was transferred from the Maguelon to Montpellier under the Rule of Francis I. The Cathedral is a national monument and the seat of the Archdiocese of Montpellier and is known for housing the relics of Saint-Germain, Saint Baise and Saint-Benoit. read more

Admission to the Cathedral is Free, so you should have no excuses for not visiting this beautiful Gothic cathedral.

According to a legend Sebastien Lenormand, inventor of the Parachute, tested his invention by throwing himself out of the building. Now we don’t recommend you start doing that but its always good to explore the history of this myth yourself. 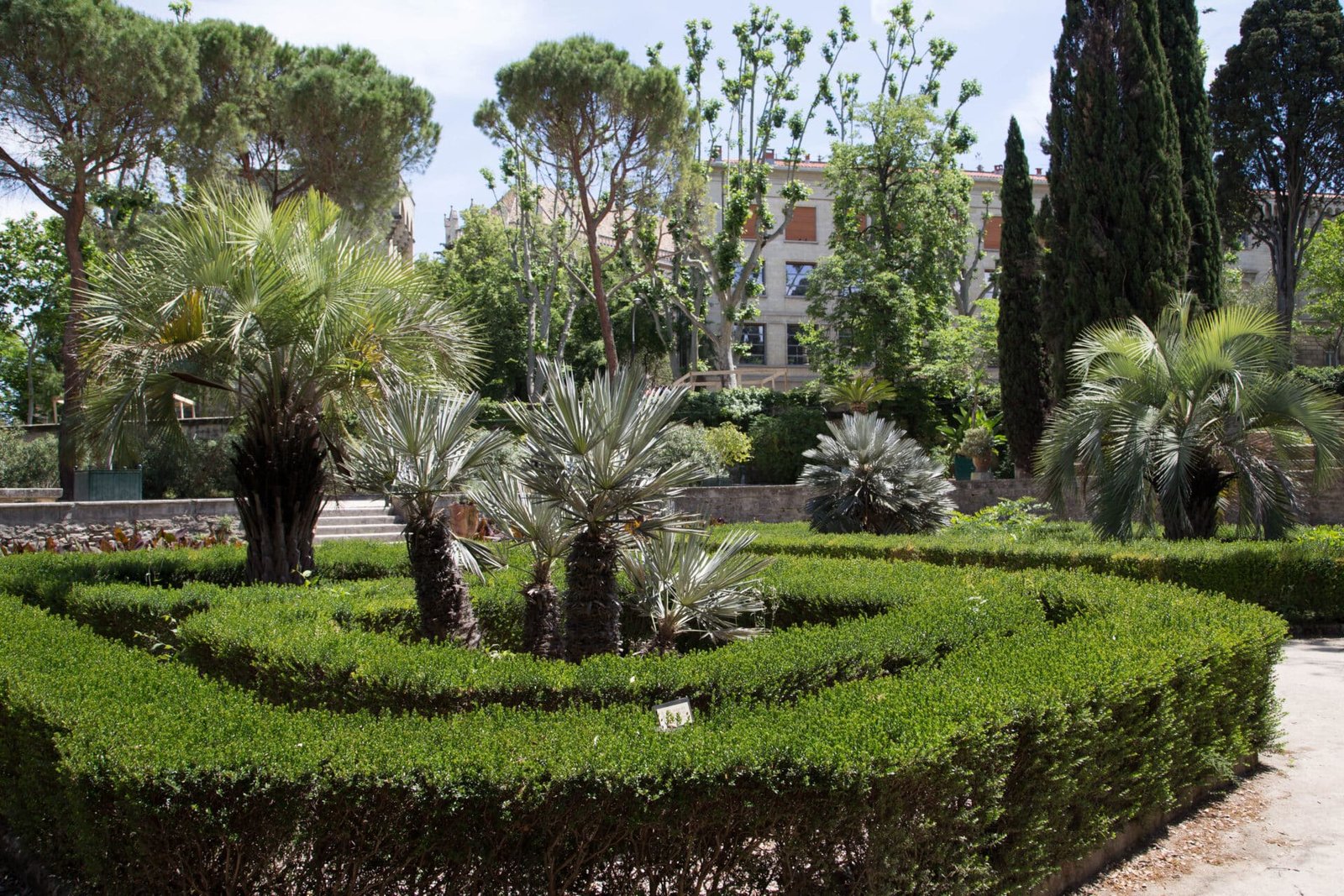 Jardin des Plantes de Montpellier was intended for medical students to become acquainted with medicinal plants. Today the Garden is used for scientific function and public garden for all visitors to enjoy. Admission is free, so you can enjoy a beautiful stroll around the gardens without spending a penny. read more 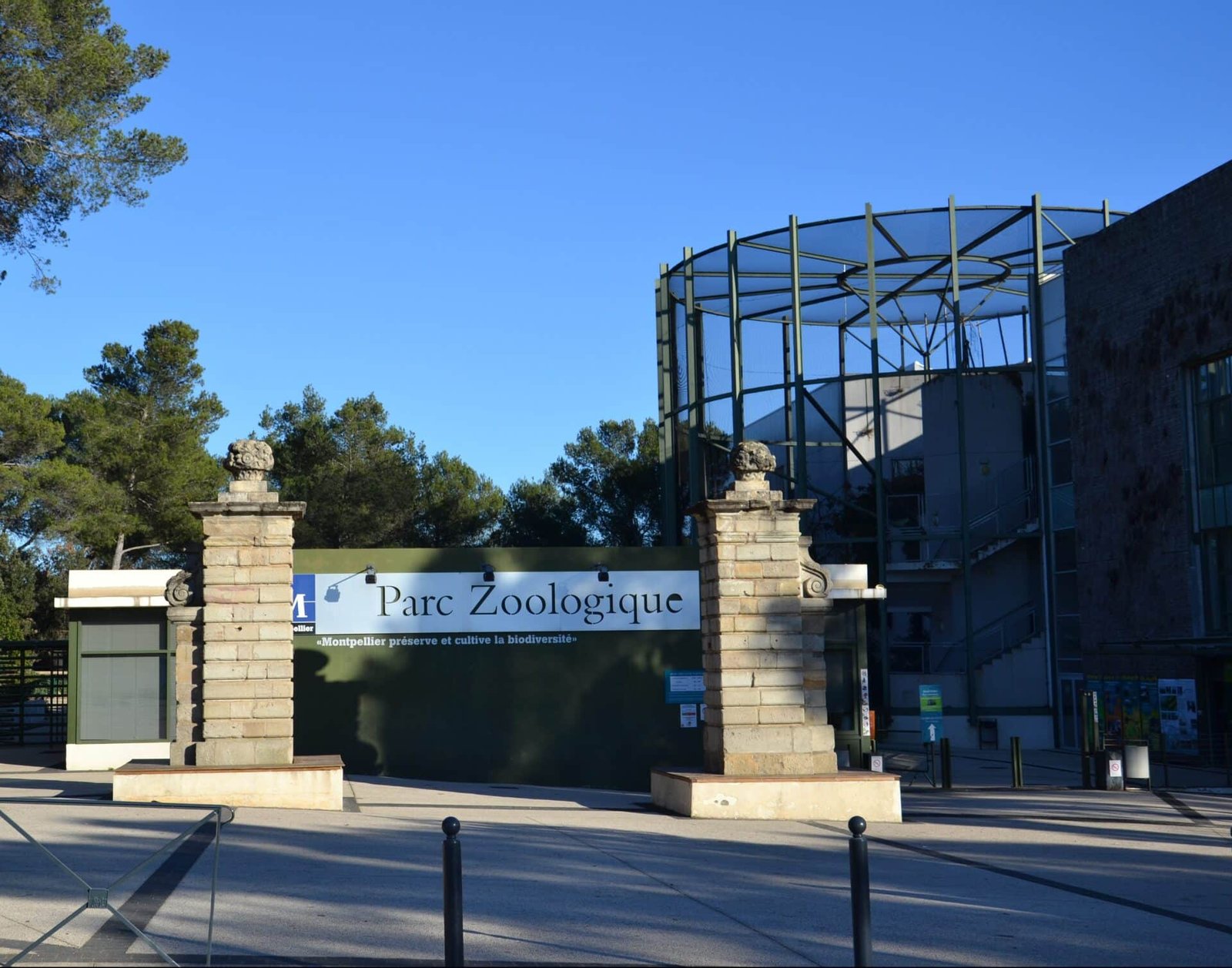 Montpellier Zoological Park is the largest zoo park in Montpellier and second largest zoo in France. With its eighty hectares, two ponds and fifty-two enclosures. The Montpellier Zoo has fifty-two mammals species, fifteen reptilian species, thirty bird species with a total of one thousand three hundred and fifty animals and one hundred forty-one animal species.

Porte du Peyrou is only Accessible through the guided tours of the Tourist Office.

Near the Cathedral the Le Petit Jardin Resturant is a Charming space with a great atmosphere, beautiful view of the outdoors. Food Cuisine: Mediterranean, French, Vegetarian-Friendly and Gluten-Free Options available.

Les Fils a Maman located near the Eglise Saint-Roch is a perfect place to enjoy French and European Food.

You cant visit France without trying the local wine. Montpellier offers a number of red and white wines such as Cabernet Sauvignon, Merlot, Sauvignon, Chardonnay and Colombari, or even better try the Herault wine, Herault wine comes from the region around Montpellier, known for its rich volcanic soil.

How to get to Montpellier

The train station, Montpellier Saint-Roch, is located right in the centre of the Montpellier. Montpellier is serviced by the high-speed train, which connects to Paris, Lyon, Perpignan, Carcassonne,  Barcelona and other major cities in France and Europe.

Montpellier is connected by bus with the rest of Europe, you can travel from any major European city such as Frankfurt, Florence, Berlin, Rome, Milan, Rotterdam and Amsterdam.

Tell Us About Your Experience in Montpellier below.