The Westfries Museum is a historical and cultural museum situated in Hoorn, it was opened on the 10th of January 1880, in a Monumental building ‘Statencollege’ , which dates back to 1632, the building originally belonged to the Gecommitteerde Raden van West-Friesland en het Noorderkwartier, as a part of the Staten van Holland en West-Friesland, and later became a court. Until 1932 part of the building housed the kanton’s court and part of its museum.

The Statencollege stands on the location of one of the first brick houses of Hoorn, the Provost house. A late-medieval arched cellar is one of the few remainders of this building.

In 1994 the museum was extended with a municipal monument that originally consisted of two houses. In 1790 the buildings got one façade in classicistic style, after a design of architect Leendert Viervant. The beautiful monumental fence closing off the courtyard dates from 1729.

You can find extensive collections of painting, porcelain, historical firearms, silver objects, VOC objects and objects of the schutterij. the Westfries Museum comprises over 30,000 objects, which paint a perfect picture of the cultural history of the region. collections can be dated back to 1500 and 1800s’: the build-up, prime and aftermath of the Golden Age.

The night the museum was celebrating its 125th anniversary on the 10th of January 2005, Four people stole 21 paintings. paintings included a piece by Jan van Goyen,  and part of a silver collection, the value of the paintings and objects was worth in its millions. However in April 2016, four painting and golden book locks were found in Ukraine.

Stolen from the Westfries Museum

Jacobus Waben ‘a good Pourtret and Histories painter’ from Hoorn, the composition of this richly detailed composition may have been consulted with one of the Hoorn scholars of his time.

The two characters who almost fill the right half are unmistakably the main characters. The woman wears a small globe with a cross on her head, a pregnancy that immediately labels her as an allegorical figure.

Matthias Withoos (1627–1703), also known as Calzetta Bianca and Calzetti, was a Dutch painter of still lifes and city scenes, best known for the details of insects, reptiles and undergrowth in the foreground of his pictures.

Two versions of “De Grashaven” were in the collection of the Westfries Museum in Hoorn until they were stolen at the end of 2005.

Jan Claesz. Rietschoof: According to Houbraken he learned painting first from Abraham Liedts, and later from the renowned seascape painter Ludolf Bakhuizen.

The museum is housed in one of Hoorn’s most beautiful monuments right on the city’s central square, de Roode Steen.

Bus servers: 14 stops at  Veemarkt and its a 5 minutes walk from there.

Driving from Amsterdam its about a 25 minutes journey, parking available throughout the city centre

Explore the city of Hoorn 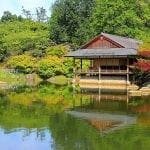